Bigg Boss Telugu 3 update, Day 85: All the Contestants Nominated for this Week’s Elimination 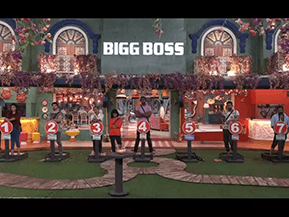 Bigg Boss Telugu completed 85 days of their journey and this week we have seen the nomination process in different ways.

Bigg Boss had asked the contestants to gather in the garden area and to pick up the chits from the bowl and stand accordingly.

After that Bigg Boss had asked to number themselves after analyzing the performance in the house. Basically according to the contribution they had given to show. The contestants can raise the questions and then the numbers should be decided.

At first; Baba, Varun, Sandesh were at first second and third positions respectively.

Vithika who was at rank 6 was not convinced with jer position and she negotiated with Baba to get her the first position to which Baba firstly didn’t agree. Later on, Varun had given his spot to Vithika.

Shiva Jyothi objects to this as she feels Varun had given the spot because of Vithika his wife. And after this, we have seen an argument between both of them.

There had been a huge fight between every contestant with each other.

Ali Reza took the second position from Rahul by saying that he performed well in the recent task so he deserves that position.

Shiva Jyothi had a clash with Vithika and Varun as she felt she doesn’t deserve to be beside Vithika and she deserves the third position and this leads to rising a heated argument between three of them.

But still, there were a lot of clashes between the contestants and there was no final conclusion to this task which ultimately forced Bigg Boss to nominate all the contestants for this week.

Bigg Boss Telugu 3 provides 2 ways to vote for your favorite contestant either from Hotstar or you can give missed call to the assigned number.

So vote for your favorite contestant and help them to carry forward in the next week.