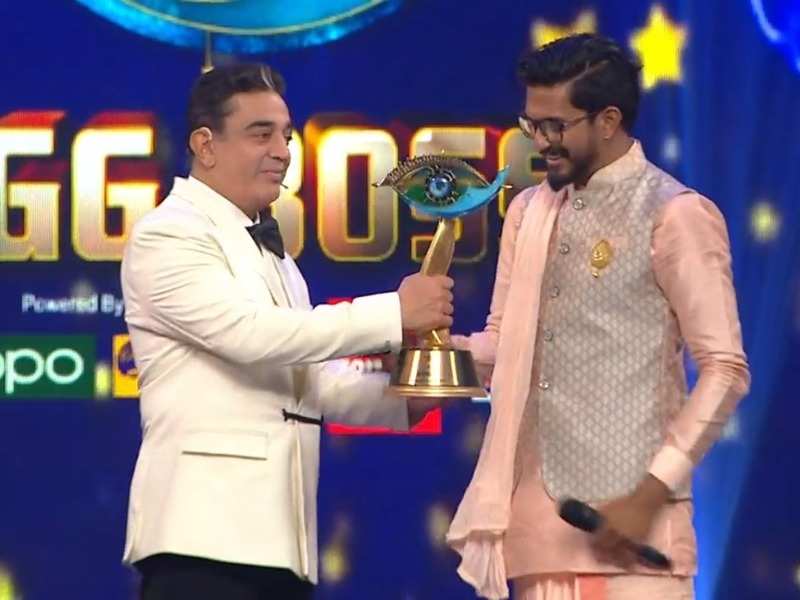 Mugen Rao is crowned as the winner of the relation Bigg Boss Tamil season 3. Mugen Rao is from Malaysia and the choreographer Sandy is the first runner up of the show.

Initially, when the finale was started the host Kamal Hassan had to interact with the audience and ask them about the positive impact they received from this show.

Kamal Hassan even went inside the house to meet the finalists and handover them a handwritten letter.

The show was 106 days long show and Mugen Rao survive in the game like a king. The game was started with 16 contestants and now finally ends with having 1 winner.

Krishnan Kutty had also made an official statement the Head of Star Vijay that they had received nearly 200 crore votes this season and this is the highest number of votes they had received as compared to there last two seasons.

Kutty said, “We received 20 crores votes in the final alone, which is among the highest for any Bigg Boss Season anywhere in the world”

Vanitha received the award of “Guts and Grit”

Charan was given the award of the most disciplined contestant and so many awards are given to the contestants of Bigg Boss.