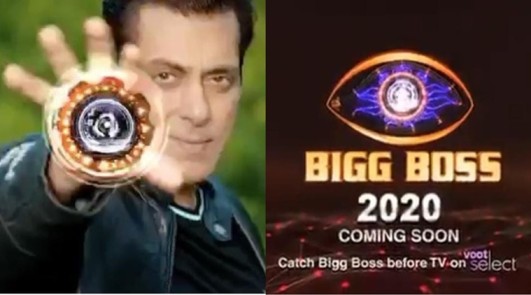 It has often been heard that Bollywood superstar Salman Khan will not host the upcoming seasons of Bigg Boss.

But this news always remain a rumor. Every year the show comes in a new style and Salman’s style in the show is also unique every time. The same will be seen this time too.

Discussions have started about Bigg Boss season 14. A video has also surfaced of Salman Khan, which is getting a little clue about what will happen in this season’s Big-Boss.

In the video released about Bigg Boss 14, it can be seen how superstar Salman Khan is seen in the fields and is seen doing plantations.

Everyone knows that Salman Khan is in full native style in this lockdown. They are farming and horse riding, sometimes driving a tractor.

They are growing vegetables and enjoying in their farm house. This time, the theme of Bigg Boss has also been linked to the lockdown.

The first promo of Bigg Boss 14 has arrived. This promo has also been given a unique name. This season, this TV game show will be known as ‘Bigg Boss 2020’.

In all earlier seasons, the count of that season was further added to the name of the show.
Talking about the video, Salman Khan is saying that “Speed ​​breaker in lockdown brought normal life”. That is why I am growing rice and driving a tractor.

But now the scene will be reversed. There were various discussions about the title of the show. This new season of Bigg Boss will be called Bigg Boss 2020 instead of Bigg Boss 14.

Like every time, this time too Salman Khan has created suspense at the end of the video, saying that “Ab Seen Paltega”. The show has increased the bickering of the audience.

Apart from this, it is also heard in the reports that Jungle theme will be seen in Bigg Boss 14. The house will be converted into a forest.

The show will have a main highlight lockdown.
It is also heard that due to Corona on the sets of Bigg Boss, full precaution will be taken.

Contestants whose travel history will not be taken in the show. Before going to the show, there will be a corona test of the contestant, only after that, the entry will be given. Names of celebrities like Nia Sharma, Vivian Disena, Sugandha Mishra, Avinash Mukherjee, Shirin Mirza are coming out on the show.